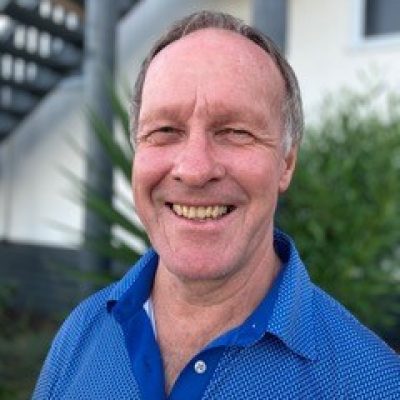 Ross and his wife Diane began pastoring at Te Puke Baptist Church in June 2018. They had moved from Blenheim where Ross had been pastoring a Church for over eight years. Previous to that he had been a youth worker for many years. In his role, the sparky things for him are preaching and pastoring, especially home visiting.

Ross has a real interest in overseas mission, having done several short term mission trips. He and Diane have three sons and five grandchildren (claiming being a granddad is his high calling) and loves walks around the Mount and visiting cafes afterwards.

Contact Pastor Ross through our Contact page, or by calling the Church office on 07 573 9042.
Who is Jesus, anyway?
FREE Bible App

The Bible tells us who Jesus is to Christians, in the New Testament:

“The Son is the image of the invisible God, the firstborn over all creation. For in him all things were created: things in heaven and on earth, visible and invisible, whether thrones or powers or rulers or authorities; all things have been created through him and for him. He is before all things, and in him all things hold together.”

“And he is the head of the body, the church; he is the beginning and the firstborn from among the dead, so that in everything he might have the supremacy… “

“Once you were alienated from God and were enemies in your minds because of your evil behavior. But now he has reconciled you by Christ’s physical body through death to present you holy in his sight, without blemish and free from accusation…“ ~ (Col 1:15-23, New Testament Bible)

Still not sure what this all means?
Find out more